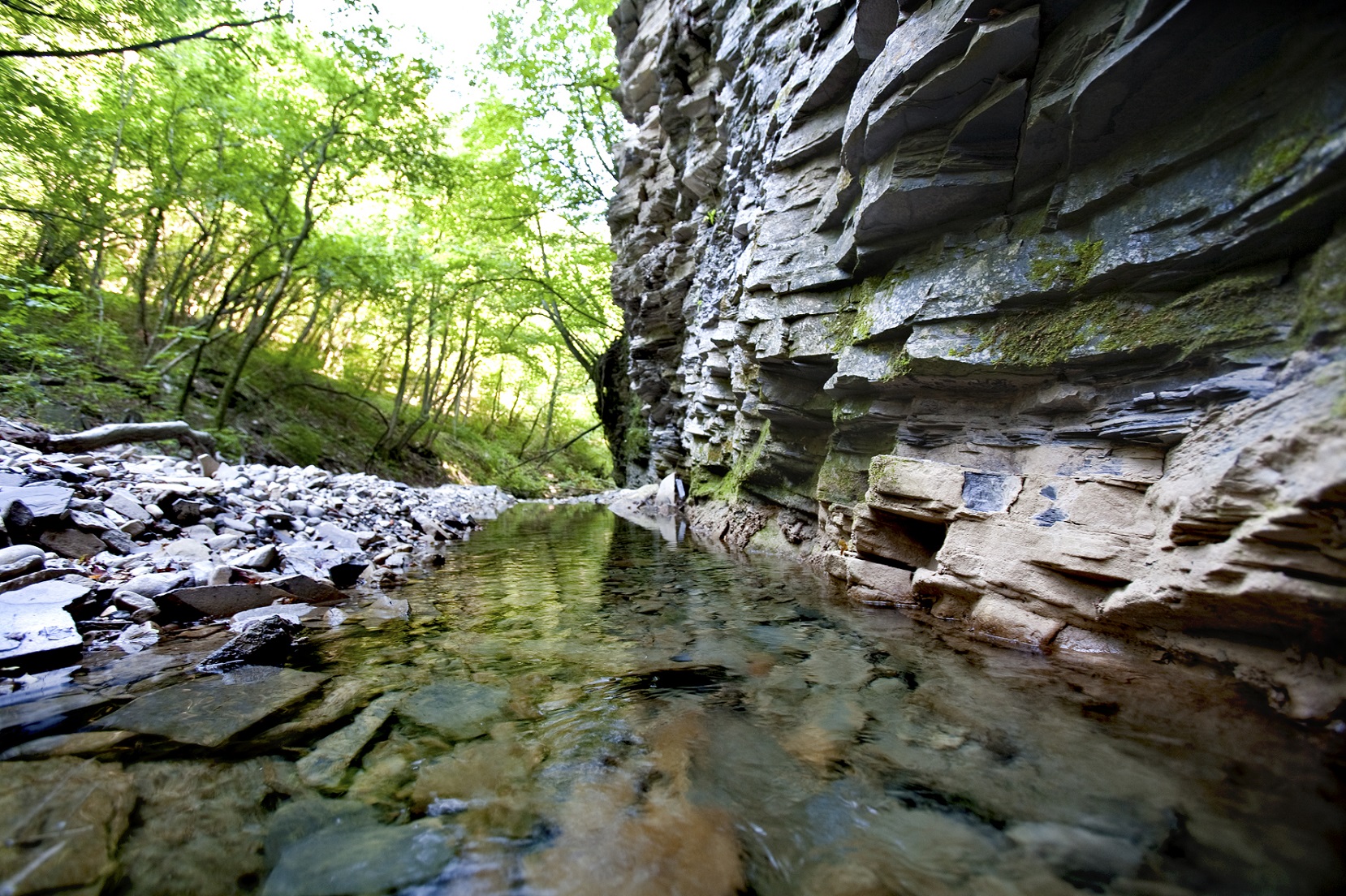 At first sight, Mount San Giorgio (located between the Canton Ticino and the province of Varese) is a peak similar to many others close to the Alps: covered with dense oak and chestnut woods, just over a thousand meters high. But it is in the subsoil that the real treasure of this mountain is hidden and that is why UNESCO has registered it among the UNESCO World Heritage list by virtue of its particularity and exceptionality. In fact, it represents "the best testimony of geo-palaeontological history in the marine environment dating back to 274-235 million years ago, which, through the thousands of fossils found in the last two centuries, has allowed us to study in detail the evolution of many groups of marine organisms.
To understand the uniqueness of this site, however, it is necessary to go back to the Middle Triassic (247-235 million years ago) when Mount San Giorgio did not exist yet. In its place there was a sort of a shallow sea, characterized by the presence of islets and sandbanks, which separated the coast from the open sea, thus giving life to a real lagoon. The mountain, as we know it today, was formed about 95 million years ago, when - following the movements of the earth's crust - the African plate began to move north, thus colliding with the Eurasian plate. This is how the Alps were born and the ancient submarine backdrop has been pushed upwards, dragging with it an extraordinary heritage that we can still admire today.

One of the peculiarities of Mount San Giorgio lies in the fact that, unlike the other fossil deposits located in other parts of the world (which usually have a deposit referable to a single geological era), it develops on at least five different levels. A peculiarity that allows archaeologists to analyse the evolutionary development of different species over several million years. In almost two centuries of excavations, over 20 thousand fossils have been found among which reptiles (25 species), fish (over 50), one hundred species of invertebrates and various species of plants, especially conifers.

To discover this fascinating world, the ideal starting point is the Civic Museum of Fossils of Besano (VA) where the most important finds are exhibited in the "Formazione di Besano", one of the main fossiliferous levels of Mount San Giorgio. In the five rooms of the museum, numerous invertebrates, plants and fish are exposed, in addition to the original casts of many marine reptiles including the famous "Besanosaurus", an ichthyosaur about six meters long. A room is dedicated to the "Saltiosaurus" whose remains refer to the only great carnivorous dinosaur discovered so far in Italy.
For information on the museum, please visit this link

The journey to discover the fossils of Monte San Giorgio begins from Melide, a Swiss town of the Canton Ticino. From here starts the geo-paleontological path that allows children and adults to discover a lost world. Also in Melide you can visit the local fossil museum (here is the link). The path is about 13 kilometre long, that is about four hours of walking. After leaving Melide you go through the villages of Fontana, Spinirolo and Crocefisso and then you reach Serpiano. You take the cableway and from here you follow the uphill road that leads to the Alpe di Brusino (673 meters above sea level), where you can stop in a historic tavern. The path then continues towards Gaggio (771 m a.s.l.). From here you go to Pozzo (812 m) and then you reach Albertina and  the itinerary ends up in Meride. A series of panels and explanatory plates scattered along the route will give you details about the history of Mount San Giorgio and its fossil finds. For more information, please visit the website of the path

Here you can find information on the accessibility.