The Venetian walls of Bergamo 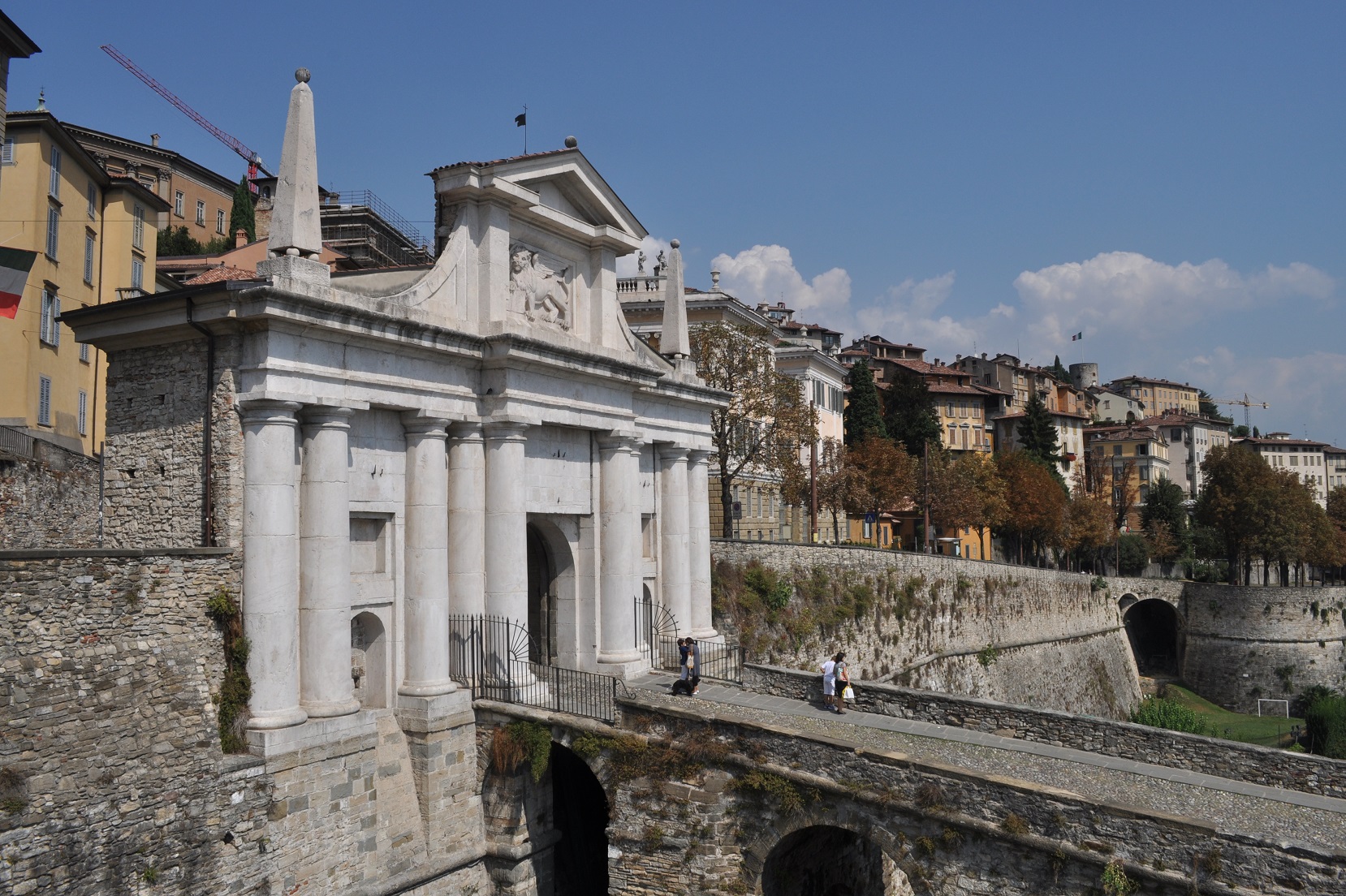 The Venetian walls of Bergamo

On windy days, from the top of the Venetian walls of Bergamo, there is a wonderful view of the peaks of the Orobie Alps and even up to Milan. Underneath our feet lies the "lower city". With this wonderful panorama, it is clear why the French writer Stendhal defined Bergamo as "the most beautiful place on earth". When you look at the city you can see palaces, towers and domes in a single hug. The hug of the massive walls built starting from 1561 when Bergamo was part of the Republic of Venice.

In 2017 UNESCO inscribed the "Venetian defensive walls built between the 16th and 17th centuries" among the World Heritage Sites. It is not a single structure, but six different defensive walls built by the Serenissima in Italy, Croatia and Montenegro to defend the borders of the Republic of Venice, its ports and its trades.
Between the 16th and 17th centuries, the Republic of Venice started the construction of new fortifications for the defence of the "State from Land".

The Republic of Venice took control of the city in 1428 and started massive works to expand the city's defensive system to reject the ambitions of Milan, the French and the Spanish. The construction of the mighty walls, that we can still admire today, began in 1561 and was completed in 1588. A large number of workers and architects were involved and many soldiers were used to protect the works. At that time, in fact, it was necessary to demolish a large number of buildings (about 250) among which houses, farmhouses, laboratories and eight buildings of worship.

Fortunately, the Venetian fortifications never had the opportunity to show their power: in 1797 the French entered the city without even exploding an artillery blow due to the disintegration of the Venetian Republic.

Today you can walk the entire perimeter of the walls (about 6 kilometres) on foot, an itinerary that allows you to admire ramparts, sentry boxes, powder boxes, embrasures and four impressive gates: San Giacomo and San Lorenzo (also known as Porta Garibaldi), Sant'Alessandro and Sant'Agostino. The best time to go to discover the Venetian walls is certainly the weekend, when the entire perimeter of the walls is closed to traffic.
Starting from the gate of Sant'Agostino and going left along viale delle Mura you reach the bastion of San Michele where there is the entrance to the "Cannoniera di San Michele" (embrasure). Continuing, after the "Spalto delle Cento Piane" you reach a panoramic point on the Lower City and the plain. On clear days you can admire up to the Brescian pre-Alps. You then arrive at Porta San Giacomo, undoubtedly the most spectacular of the four, where you can stop and visit Palazzo Medolago Albani. Continuing the route, you get to the Spalto di Santa Grata: the best place to enjoy the sunset: on the left are the Baluardo di San Giovanni and the entrance to the Cannoniera di San Giovanni
Here you can find information on accessibility.

From Colle Aperto, near Porta Sant'Alessandro, you can reach Piazza Cittadella and the heart of the Upper Town. Take a break and go through the streets of the centre to visit the Civic Archaeological Museum where, among stone axes, iron swords, bronze ornaments of the Celts and Lombard gold crosses, you can discover the history of the many peoples who lived in Bergamo and its province over the centuries.
Here you can find information on accessibility.

Continue along Corso Colleoni until you reach the church of Sant'Agata nel Carmine where you can admire a precious baroque altar, the work of the famous architect Filippo Juvara.
Here you can find information on accessibility.

Let's go back on the walls to continue our route towards Porta Sant'Alessandro, renamed Porta Garibaldi in 1907 to commemorate the entry into the city of the "Hunters of the Alps" on June 8, 1859 during the Second War of Independence. At the end of the itinerary, at Porta Sant'Agostino, you can visit the Cannoniera di San Michele (here you can find information on accessibility).